Skip to content
Who's in the Video
Sebastian Junger
Sebastian Junger is the #1 New York Times Bestselling author of THE PERFECT STORM, FIRE, A DEATH IN BELMONT, WAR and TRIBE.   As an award-winning journalist, a contributing editor to[…]
Go to Profile
Videos
How the Olympics Still Form a Global Community of Beauty and Nobility
The Olympics provide a place to celebrate national identity on an unparalleled scale, and rather than compete against each other maliciously, the games are an opportunity to showcase the beauty and nobility of competition.
▸
3 min
—
with
Sebastian Junger

Olympic history traces back to 776 BCE, where there was only one event, a race won by a cook called Coroebus. Since then, the Olympics have evolved. There are more games, more locations, and more people can attend, as women were once banned from attending in Ancient Olympia.

The Olympic Games naturally bring a country together. Everyone cheers for their home country, and together cry when someone else wins. It’s natural for people to form groups, and band together against the things outside of their tribe. Sometimes a country unites together in times of distress, for example after the attacks on Pearl Harbor, or the dropping of bombs on Japan. At those moments, countries unite to see what happens, and what they can do about it. The Olympics prove that it doesn’t take a tragedy to bring people together. Instead it shows how people can become one and cheer for gold as one moving part.

Sebastian Junger is a war reporter, and author of Tribe: On Homecoming and Belonging. It is his belief that the idea of the Olympics relate to fundamental needs of humanity. This includes grouping, and naturally being against other groups. It’s about the home tribes banding together and being one. Sports has long proved that it can bring a mass of people together, with two sides in one stadium yelling and cheering for a win, and standing out in the parking lot to chant for their favored side.

That is the heart of the Olympics. Beyond just putting up a show for the world to watch, it’s bringing the country together, followed by bringing the world together. So many countries all at once watching the same thing, and wishing for the same goal, even if they belong to different tribes. 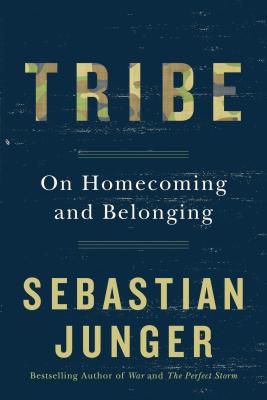 Sebastian Junger:  Sports are an interesting way for people who experience a collective identity. Sports teams in this country have their own sort of tribal impulses against each other. But then, you know, drop a few bombs on Pearl Harbor and then all of a sudden we’re one country facing an enemy. And people just naturally cohere into groups. And when you create a group just by necessity you’re also creating a whole bunch of people who aren’t in your group. And just mathematically know – that’s just a mathematical truth. And one of the interesting things about the Olympics is that it’s a chance for nations to demonstrate their nationness, to demonstrate the fact that they actually see themselves as a nation which is a beautiful thing. I mean that’s what we have organized ourselves into nations. That’s the modern world and when you see that on display it can be really moving. But it also because hopefully we’re sort of bigger than ourselves it also allows nations to entertain some kind of communalism between each other that’s sort of channeled through the ability of competition.

At the end of the day when you have different nations competing in the Olympics one of the things they’re all agreeing on is the incredible beauty and nobility of the human animal performing at its absolute peak. I’m reminded of a world class long distance runner that I’m friends with who competed in the mile in the 1960s and 70s. And he was at an international track meet in England and he was lined up on the track with the best milers in the world including the great Steve Ovett. And right before they started the race Steve Ovett pumped his fist in the air – he’s an amazing athlete. I think he had the world record for a while. He’s an amazing athlete. He raised his hand, pumped his fist in the air and he said okay gentlemen, let’s make it a good one. And what he was saying there, I mean he was going to try as hard as he could to win that race. But what he was also saying is look, it’s up to all of us to bring nobility to what we’re doing and what everyone in this arena has gathered to watch. So let’s do it. Don’t let them down. And I think the Olympics at their best can rise to that standard that Steve Ovett set at that moment.

Up Next
Homeland Security Expert: Torture Is the Least Effective Counter-Terrorism Policy
▸
3 min
—
with
Juliette Kayyem
Related
3 steps to cure your money anxiety
We’re afraid to talk about money–and that costs us.
▸
7 min
—
with
Kathleen Burns Kingsbury
The Well
Tyler Cowen: America is at a critical point in history
“There’s a sense of crisis today that we did not have in the 1980’s or 90’s” — economist Tyler Cowen on progress in America.
▸
5 min
—
with
Tyler Cowen
How dirty debaters win against better opponents
How to defeat debaters who deal in distractions, according to a two-time world debate champion.
▸
5 min
—
with
Bo Seo
The mind-blowing stats on male inequality
Male inequality — the enormous cultural shift happening right under our nose.
▸
15 min
—
with
Richard Reeves
The Well
How Earth’s axis and rotation created human ritual
Why do so many cultures celebrate holidays at the same time of year?
▸
4 min
—
with
Sasha Sagan