For everyone, there are times when a dark cloud just seems to be following you around. You may not even even know why. While we don’t mean to minimize the value of medication for those who experience this on a daily basis, UCLA neuroscientist Alex Korb, author of The Upward Spiral: Using Neuroscience to Reverse the Course of Depression, One Small Change at a Time, has some insights that might just get you back on the sunny side. It’s all got to do with neuroscience.

Getting Your Brain’s Attention 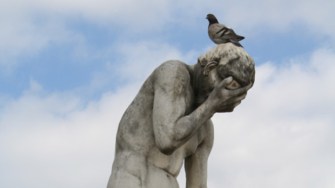 Your brain has some unhelpful ideas of its own on how to feel good. If you’re experiencing guilt or shame, it may be because your brain’s trying — ineffectively — to activate its reward center. Wait, what?

According to Korb, “Despite their differences, pride, shame, and guilt all activate similar neural circuits, including the dorsomedial prefrontal cortex, amygdala, insula, and the nucleus accumbens. This explains why it can be so appealing to heap guilt and shame on ourselves — they’re activating the brain’s reward center.“

A similar thing may be going on if you just can’t seem to stop worrying. Korb says worrying stimulates the medial prefrontal cortex and lowers activity in the amygdala, thus helping your limbic system, your emotions, remain copacetic. His theory is that, even though worry is widely recognized as a pointless thing to do from a tactical point of view, apparently the brain considers it better than doing nothing at all when you’re anxious.

So the obvious question is how you can take positive control of this destructive little dance? Korb suggests asking yourself: “What am I grateful for?” His reasoning is chemical: “One powerful effect of gratitude is that it can boost serotonin. Trying to think of things you are grateful for forces you to focus on the positive aspects of your life. This simple act increases serotonin production in the anterior cingulate cortex.”

Even more intriguingly, actually coming up with something you’re thankful for — not always an easy thing to do in a dark mood — isn’t even required. Just the acts of remembering to be thankful is the flexing of a type of emotional intelligence: “One study found that it actually affected neuron density in both the ventromedial and lateral prefrontal cortex. These density changes suggest that as emotional intelligence increases, the neurons in these areas become more efficient. With higher emotional intelligence, it simply takes less effort to be grateful.” 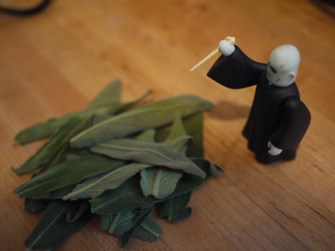 So, okay, you’re still down. Try and get more specific. What, exactly, is the bad feeling you have? Anger? Stress? Sadness? Loneliness? Neuroscience says that just giving your darkness a name defuses it.

“To reduce arousal, you need to use just a few words to describe an emotion, and ideally use symbolic language, which means using indirect metaphors, metrics, and simplifications of your experience. This requires you to activate your prefrontal cortex, which reduces the arousal in the limbic system. Here’s the bottom line: describe an emotion in just a word or two, and it helps reduce the emotion.”

Korb notes that fMRI studies support this idea, like one in which “participants viewed pictures of people with emotional facial expressions. Predictably, each participant’s amygdala activated to the emotions in the picture. But when they were asked to name the emotion, the ventrolateral prefrontal cortex activated and reduced the emotional amygdala reactivity. In other words, consciously recognizing the emotions reduced their impact.”

FBI negotiators use labeling to try and calm hostage negotiators, and it’s also an important tool in mindfulness. 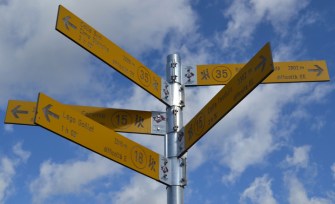 Worried and anxious? One thing to try is making a decision about what’s got you worked up. It doesn’t even have to be the perfect decision; just a good one will do. As Korb notes: “Trying for the best, instead of good enough, brings too much emotional ventromedial prefrontal activity into the decision-making process. In contrast, recognizing that good enough is good enough activates more dorsolateral prefrontal areas, which helps you feel more in control …” Korb: “Actively choosing caused changes in attention circuits and in how the participants felt about the action, and it increased rewarding dopamine activity. Making decisions includes creating intentions and setting goals — all three are part of the same neural circuitry and engage the prefrontal cortex in a positive way, reducing worry and anxiety. Making decisions also helps overcome striatum activity, which usually pulls you toward negative impulses and routines. Finally, making decisions changes your perception of the world — finding solutions to your problems and calming the limbic system.”

A key thing here is that you’re making a conscious decision, or choice, and not just being dragged to a resolution. Your brain gets no reward for that.

If you’re still reluctant to make a choice between one option or another, the science suggest don’t worry, you’re likely to gain a positive bias toward the decision you make anyway. As Korb notes, “We don’t just choose the things we like; we also like the things we choose.”

The Power of Touch

Okay, so let’s be clear right up front: You should only be touching others who want to be touched. All right, then… 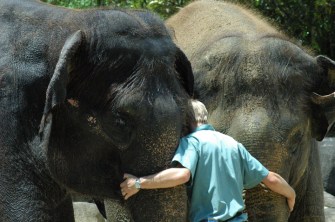 Got someone to hug? Go for it. Korb says “A hug, especially a long one, releases a neurotransmitter and hormone oxytocin, which reduces the reactivity of the amygdala.”

Hand holding, pats on the back, and handshakes work, too. Korb cites a study in which subjects whose hands were held by their partners experienced a reduced level of anxiety while waiting for an expected electrical shock from researchers. “The brain showed reduced activation in both the anterior cingulate cortex and dorsolateral prefrontal cortex — that is, less activity in the pain and worrying circuits.”

And if you have no one handy to touch, guess what? Massage has also been shown to be an effective way to get your oxytocin flowing, and it reduces stress hormones and increases your dopamine levels. Win win.

The value of touching shouldn’t be overlooked when you’re down. According to Korb: “In fact, as demonstrated in an fMRI experiment, social exclusion activates the same circuitry as physical pain … at one point they stopped sharing, only throwing back and forth to each other, ignoring the participant. This small change was enough to elicit feelings of social exclusion, and it activated the anterior cingulate and insula, just like physical pain would.”

Nobody’s in a good mood all the time, so hopefully these insights will be of use to if there comes some dark and stormy day.

Related
Health
Could getting rid of old cells turn back the clock on aging?
More work is needed before declaring the technique a fountain of youth.
Thinking
Trimurti: Meet the “Holy Trinity” of Hinduism
Hinduism emphasizes the journey, whichever path that takes. And it holds us responsible for our own self-improvement.
The Past
Riddle solved: Why was Roman concrete so durable?
An unexpected ancient manufacturing strategy may hold the key to designing concrete that lasts for millennia.
13.8
Quantum superposition begs us to ask, “What is real?”
Quantum superposition challenges our notions of what is real.
Measuring Impact
15 research-backed benefits of employee training
The benefits of employee training are felt far and wide, from improvements in workers’ wellbeing to better customer interactions.
Up Next
Starts With A Bang
Finding darkness in the light
How Vera Rubin changed the Universe.“Science progresses best when observations force us to alter our preconceptions.” –Vera RubinLook out at the night sky, and what do you see? Stars: glittering […]