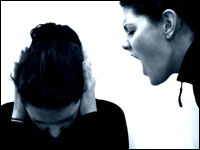 I’ve long questioned the value of anonymous blogging or commenting. Much of the incivility online can be attributed to anonymity. And with a rare few exceptions, if you can’t participate in a dialogue about issues without using your full name and true identity, then what you have to say is probably not that valuable.

These long standing thoughts were called to mind again after reading a post by Andrew Revkin at Dot Earth. Quoting as the subject to his post a line from Monty Python “is this the right room for an argument?,” Revkin writes:

Michael Palin asked that question nearly 40 years ago on Monty Python’s Flying Circus, and it’s as germane as ever in considering the merits and drawbacks to blogging, and particularly the comment strings following posts. Often, the commentary here and elsewhere threatens to devolve into extended volleys of retorts, particularly when anonymous contributors are involved, some of whom are so relentless that their ideological foes sometimes allege they must be getting paid to do what they’re doing.

Revkin goes on to link to a column by Columbus Dispatch editor Benjamin Marrison who discusses the negative impact of anonymous commenters on the newspaper’s Web site. As Marrison observes of people who email the Dispatch or leave comments at stories: “Is it a coincidence that all of those civil people are reachable (and somewhat accountable) through a return e-mail?”

There are technological ways to enforce commenting using full names and true identities, such as logging into the comment section of a blog via a Facebook account. I don’t currently have that technological function available via ScienceBlogs. So I have added in the side bar to the editorial policy on commenting. I strongly encourage all readers to share their thoughts, but when you do, please include your full name and true identity.

Over the next year, I have plans to invest in various content features at Framing Science, and one of the improvements I am looking forward to is an end to anonymous commenting.

UPDATE: In reply to several comments to this post, my expectation about the correlation between anonymous comments and incivility is based on theories and past research in the fields of social psychology and communication. What this research suggests is that anonymity online creates the conditions where people are more willing and likely to be uncivil in their expressed opinions because they have less worry over possible social sanctions from others. See the research on spiral of silence, online deliberation, social conformity, and willingness to self censor.

UPDATE: This week Virginia Tech University (article) and the University of Wisconsin (Dean of students statement) struggled with controversies over how to handle anonymous comments at their respective student newspapers.

Also, over at Discover’s The Intersection, bloggers Chris Mooney and Sheril Kirshenbaum were forced to delete a post because of the incivility of commenters.

UPDATE: In a program originally airing July 25, 2008, public radio’s On the Media explored the problems associated with anonymous commenting. Here are the three segments from the show with embedded audio included.

Comments on Comments
There’s been a bit of a backlash recently against the angry commenter on newspaper websites. Some are calling for newspapers to stop allowing comments sections all together. But what about democracy on the web? Bob, with the help of “This American Life”‘s Ira Glass, ruminates on the dark side of the comments section.

Hellhounds On My Trail
If all commenters are ticking time bombs waiting to go off, then rule one is: don’t light the fuse by responding directly. But as a professional writer and critic, Lee Siegel had had enough. So he used a pseudonym to respond. He explains the hard-won lessons from his trip to the trenches.

Aren’t We There Yet?
Roanoke Times editor Carole Tarrant says newspapers can’t be online without reader comments. The comments section at her paper hosts an invaluable discussion. Anyway, she says, it’s the paper’s job to make sure the conversation stays civilized.

Related
Health
Could getting rid of old cells turn back the clock on aging?
More work is needed before declaring the technique a fountain of youth.
Thinking
Trimurti: Meet the “Holy Trinity” of Hinduism
Hinduism emphasizes the journey, whichever path that takes. And it holds us responsible for our own self-improvement.
The Past
Riddle solved: Why was Roman concrete so durable?
An unexpected ancient manufacturing strategy may hold the key to designing concrete that lasts for millennia.
13.8
Quantum superposition begs us to ask, “What is real?”
Quantum superposition challenges our notions of what is real.
Measuring Impact
15 research-backed benefits of employee training
The benefits of employee training are felt far and wide, from improvements in workers’ wellbeing to better customer interactions.
Up Next
Guest Thinkers
The NYTimes, the IPCC, and Perceived Conflict of Interest
In my remarks as part of a panel at Harvard last week, I predicted that a new public accountability narrative about climate scientists had been locked in by the “ClimateGate” […]