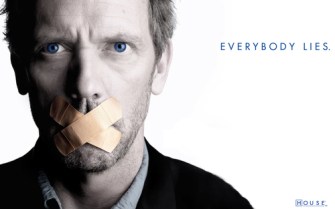 The latest issue of the American Journal of Bioethics features an important study on the effects of viewing medical dramas on the ethical reasoning of medical and nursing students. From the abstract for the study by researchers at Johns Hopkins:

The research article is followed by a number of expert commentaries on the use of television dramas to inform and teach about bioethics.

The focus relates in part to a study I published with my co-author Kirby Goidel last year at the journal Public Understanding of Science. In analyzing nationally representative survey data, we found that heavier viewers of science fiction TV programming were more supportive of therapeutic cloning research than their lighter viewing counterparts. This relationship stood even after controlling for education, gender, ideology, religious orientation, general support for science, science knowledge, attention to news coverage, and science documentary TV viewing (i.e. Nova, Discovery etc.)

We were somewhat surprised by this finding, since as we wrote in the literature review for the study, past research suggested a mix of expectations for entertainment TV consumption on attitudes towards biomedical research, specifically research cloning:

In popular science fiction programs such as The X-Files or Star Trek series several images of science have been described ranging from the negative image of “Dr. Frankenstein” and “science spiraling out of control” to more positive images of scientists as heroes and science facilitating social progress (Basalla, 1976; Nisbet et al., 2002). Beyond these general images is the depiction in science fiction of cloning and human genetic engineering as leading to strong negative moral consequences for humanity (Turney, 1998).

Expectations about the influence of science fiction television use in shaping citizen orientations about stem cell research and cloning, however, are less than straightforward. One possible indirect connection is via the science fiction genre’s relation to more generalized reservations about science. Nisbet and colleagues (2002) show that general entertainment television viewing promoted this schema among heavy viewers, a finding in line with previous cultivation research (Gerbner, Gross, Morgan, and Signorelli, 1985). Yet the same study also found a connection to scientific optimism, suggesting that the influence of entertainment TV reflects its dual imagery. Besley and Shanahan (2005) in a specific test of the direct connection between science fiction television viewing and public opinion about agricultural biotechnology observed a positive impact on support for the technology.

As we wrote in the discussion and conclusion to our study, there are several possible explanations for the positive relationship between science fiction TV viewing and audience support for controversial biomedical research:

First, the science fiction audience is by nature strong science enthusiasts, meaning that their viewing habits capture an underlying natural support for science, and repetitive viewing of science fiction simply strengthens this orientation, cultivating an audience naturally receptive to new innovations in science. Second, it is possible that that by familiarizing themselves with the moral dimensions of human genetic engineering through TV portrayals, audiences may actually assuage some of their reservations about the technology. For example, science fiction portrayals such as the film Gattaca are used in several college courses as a way to stimulate discussion of bioethics.

Still, it remains possible that these apparent media influences simply indicate variation across audience groups in their underlying predispositions, but our data show that after controlling out demographics, Christian conservatism, social ideology, knowledge, and the two schema, media use variables explain an additional 6.7 percent and 4.9 percent of unique variance.

Therefore, although certain core predispositions might lead citizens to seek out specific types of media content, above and beyond these citizen traits, regular consumption and attention to these forms of media appear to provide a significant part of the social context by which citizens judge controversial science and technology.

So what’s the major implication for public communication?

What we find among the general public is that fictional TV portrayals of science are not currently turning the public off to controversial biomedical research, at least among regular consumers of these programs. To the contrary, science fiction may in fact be preparing viewers for some of the real-life ethical and moral policy debates that are likely to arise in coming years, preparing audiences to think through the implications of startling new discoveries or research initiatives rather than react in an immediate “yuk factor” response.

In this light, beyond graduate medical students, research should evaluate the potential for using science fiction programming and medical dramas as part of the general curricula with college and even high school students.