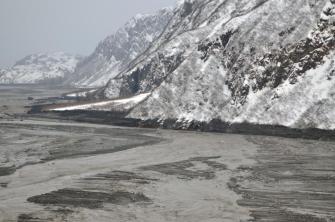 Based on the current levels of seismicity over the past 36 hours, AVO has returned Redoubt to Orange/Watch status from Red/Warning. This doesn’t mean that the eruption is over, just that things have settled down a bit. Flights to and from Anchorage have resumed as well. You can read the full statement here, but the take-home messages are: