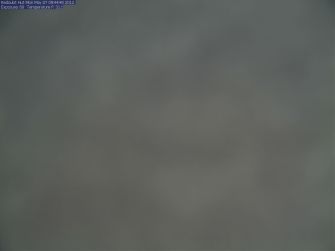 After an exciting few days … well, OK … after an exciting few hours on Sunday, AVO has decided to lower the alert level at Redoubt in Alaska to Yellow/Advisory. The alert level was lowered last week after seismicity at the volcano returned to normal after weeks of rumbling (at Orange/Watch status), but then we are all caught by surprise when a phreatic explosion occurred (and AVO returned the volcano to Orange). However, this didn’t lead to a new period of heightened seismicity, so back to Yellow we go (even with elevated gas emissions and a nice steam plume – above).

The lowering of the status was support the idea that Sunday’s explosion was merely caused by water violently flashing to steam and that none of the ash seen on the snow near the 1989-1990 dome was juvenile (new magma). Of course, now we should expect that there could be more phreatic explosions like these, so as with any active volcano, never get too comfortable.