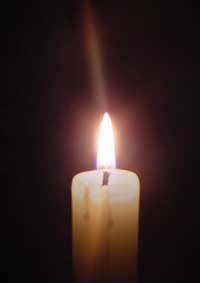 Philosopher Paul Kurtz has been an influential mentor to me and he remains a major inspiration. Back in 1997, Kurtz hired me to work at the Center for Inquiry-Transnational as Skeptical Inquirer’s media relations director. Three years later he strongly supported my decision to go to graduate school.

In my time at CFI, I learned from Kurtz the importance of framing messages in ways that affirm shared common values and that go beyond just attacks. When I arrived at graduate school, I began to research how to turn Kurtz’s philosophy and practice into a systematic approach to public engagement. To this day, his thinking informs my work.

Kurtz has always been a major critic of the most extreme versions of religion. Yet, he has also maintained that criticism must never compete with the need to work together with moderately religious publics, emphasizing shared goals, dialogue, and trust.

As he notes, most of his writings have been in the area of this positive message, rather than focused on negative attacks. What Kurtz advocates is a critical mind but an even more tender heart.

Compared to the New Atheists, Kurtz stands as a candle in the dark. Indeed, it has been Kurtz’s three decade focus on an affirmative and inclusive message that has made his organization one of the central catalysts behind the modern day secularist movement.

This past weekend, Kurtz was interviewed by host DJ Grothe on the popular Point of Inquiry podcast. Below I have tried to reproduce as best I can a rough transcript of some of the key points made by Kurtz in the interview.

To sum up, Kurtz repeatedly emphasizes that it is wrong to draw a line in the sand between the godless and the religious. Instead secularists desperately need to reach out to moderately religious allies on pressing issues such as poverty and the environment. As we do at Science, he names EO Wilson as a shining example of such efforts.

Moreover, he strongly rejects the arguments advanced by Hitchens and Harris that the moderately religious are just as deserving of attacks as extremists.

I can only offer excerpts from the interview since the transcription takes some time. I encourage all readers to download and listen to the full podcast after reading these excerpts.

GROTHE: …I take it that you wonder how effective evangelical atheists are if all they are talking about is atheism?

However, that is not enough. One has to go beyond that! You can’t talk about abstract atheism, or merely a negative attitude. It is what you are for that counts, not what you are against! So I think on that point, one must affirm a positive humanist morality.

GROTHE: Do you think these New Atheists… have they gotten a bad rap by the press….?

We are not anti-religious, we are non-religious. We criticize religion, but we don’t simply blame everything on the religions of the world. I mean that will get us nowhere.

So we live in a secular modern society with great opportunities, and we want to talk about that, not any kind of poisonous attitude about religion.

GROTHE: So humanism, secular humanism, especially the kind that the Center for Inquiry advances, it’s not just the rejection of religion, it’s advancing a set of humane values based on reason. In that way there is not a whole lot of difference between you Paul Kurtz and some liberal religionists at least when it comes to ethics.

KURTZ: Well I think we have a lot in common with the liberal denominations. As a matter of fact DJ, if we look at contemporary modern society, a large sector of people agree fully with our agenda…

Kurtz then goes on to say, for example, that many liberal denominations affirm the human dignity and individual choice of gays and bisexuals. Humanism, he says, means tolerance for alternative lifestyles.

GROTHE: And you are saying that the secular humanist values that we adopt, that we advance, we should engage our liberal religionist colleagues in pushing for this kind of tolerance?

KURTZ: Of course, you know, America is a great liberal pluralistic democracy and we have common ground not only with liberal religionists but even conservative people who believe in human freedom. So we need to make, if you will, coalitions, we need to work together with others to make this a greater democracy. We need a kind of unity, if possible, about the basic framework of this country.

GROTHE: And I take it if some of these people decrying God belief, as true as you think they are, you are saying that they limit coalitions. That they turn off people who might be able to work with us around certain issues of concern?

KURTZ: I think that is true, so we have to put another step forward. But I think I should point out that we have been attacked, very much so, people have condemned us and blamed us, for all the ills of America. But I think we really go beyond that, if we can, and I think we can. For example, and on this point, EO Wilson has led the way, and he is a secular humanist.

GROTHE: In terms of environmentalism, he has reached out to people that secularists would not normally be in coalition with.

KURTZ: Yes.. in his book The Creation, he says, look the planet earth, that we love, our abode, we all share that habitat, and we have to work together, how can we not do so. So that is building, finding common values in that which we can stand. Improving the environment is part of that.

Kurtz replies in detail, naming poverty and the basic principle of democracy and human rights. He also names environmentalism and climate change as issues where collaboration between the religious and non-religious are absolutely necessary.

GROTHE: What about the critics that say that the liberal religious are part of the problem, that they give room for fundamentalists to grow?….They make it harder for reason and science to prevail against the cults of unreason?

KURTZ: I realize that many people have said that. Hitchens says that religion poisons everything. Well some religions have poisoned many things. And Harris says that we need to attack the liberal religionists at the same time. And I think many of the religionists overlook these problems.

But nevertheless, I think that [liberal religionists] are well meaning, good natured, honest, moral people in the churches, and they want to enter into the modern scientific world. So it is the scientific extremes of religion that need to be attacked.

Related
Health
Could getting rid of old cells turn back the clock on aging?
More work is needed before declaring the technique a fountain of youth.
Thinking
Trimurti: Meet the “Holy Trinity” of Hinduism
Hinduism emphasizes the journey, whichever path that takes. And it holds us responsible for our own self-improvement.
The Past
Riddle solved: Why was Roman concrete so durable?
An unexpected ancient manufacturing strategy may hold the key to designing concrete that lasts for millennia.
13.8
Quantum superposition begs us to ask, “What is real?”
Quantum superposition challenges our notions of what is real.
Measuring Impact
15 research-backed benefits of employee training
The benefits of employee training are felt far and wide, from improvements in workers’ wellbeing to better customer interactions.
Up Next
Guest Thinkers
At The NY Times Mag, is it really “bad science” or is it bad communication?
In a cover story at this week’s NY Times magazine, Gary Taubes digs deep into the world of epidemiological research on diet and health. It’s an important topic to call […]