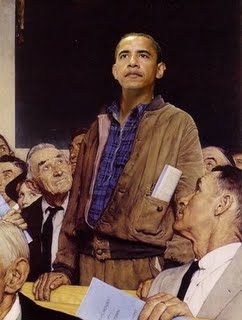 As I wrote last week, deliberative forums and town hall-type meetings are one of the major innovations in science communication and engagement. Whether forums are focused on climate change or nanotechnology, research shows a range of positive outcomes both for lay participants and organizers of these initiatives. Yet as Kirby Goidel and I document in a study published at the journal Political Behavior, somewhat predictably, the individuals most likely to turn out and voice their opinion at a local deliberative forum on a science-related debate are also those individuals who have the most deeply held opinions. In addition, they are also likely to be individuals recruited into participation by interest group appeals at church, work, or other community settings.

This is not to suggest that local forums should be abandoned. Any communication initiative has trade-offs and limitations. Yet it does mean that we need to think more carefully about the structure, format, and recruitment of participants at deliberative forums related to science. We also need to think about what the intended outcomes might be and how different formats might lead to intended goals. There is an ever growing literature on deliberative forums and similar science engagement strategies, but few if any studies have attempted to synthesize this literature with an applied eye to these questions.

The need to carefully think about and invest in localized forums on science-related policy looms larger as the Wall Street Journalreports today that the American Petroleum Institute and allies are mobilizing individuals to turn out to Congressional town hall meetings in 20 states to protest the proposed cap-and-trade climate bill. “We’re not about yelling at your congressman,” Cathy Landry, API spokeswoman tells WSJ. But, she added, “We are about giving citizens a voice to make changes to the bill so that it doesn’t affect energy prices.” Sure enough, on the other end of the spectrum, groups such as the League of Conservation Voters are also engaging in similar mobilization efforts.

Congressional constituent meetings are not representative of the types of citizen consultation processes on science that have been used in the past or that should be used. These Congressional meetings are traditionally mechanisms for elected members to sell voters on pending legislation and to bolster their own image, rather than any serious two-way exchange of ideas and perspectives. But this recent climate example does underscore the need to think carefully about the nature of participation and the structure of deliberative meetings on science-related policy.

Related
Health
Could getting rid of old cells turn back the clock on aging?
More work is needed before declaring the technique a fountain of youth.
Thinking
Trimurti: Meet the “Holy Trinity” of Hinduism
Hinduism emphasizes the journey, whichever path that takes. And it holds us responsible for our own self-improvement.
The Past
Riddle solved: Why was Roman concrete so durable?
An unexpected ancient manufacturing strategy may hold the key to designing concrete that lasts for millennia.
13.8
Quantum superposition begs us to ask, “What is real?”
Quantum superposition challenges our notions of what is real.
Measuring Impact
15 research-backed benefits of employee training
The benefits of employee training are felt far and wide, from improvements in workers’ wellbeing to better customer interactions.
Up Next
Guest Thinkers
Wikio Releases Latest Science Blog Rankings
1Wired Science – Wired Blog2Watts Up With That?3Climate Progress4Environmental Capital5Dispatches from the Culture Wars6TierneyLab – New York Times blog7Gristmill8Respectful Insolence9Effect Measure10The Frontal Cortex11Next Generation Science12RealClimate13FuturePundit14A Blog Around The Clock15Greg Laden’s […]