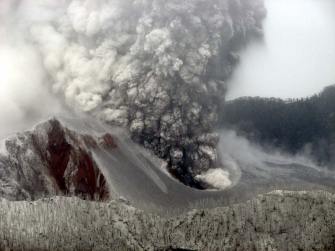 So, this was a bit of a surprise to me. Six weeks into the Chaiten eruption in Chile, apparently the volcano has picked up the tempo again. Not much in the report except that apparently two new vents/craters have opened, there is an increase in ash emission and seismic activity. What this might be is difficult to ascertain from the report, but it could indicate that the volcano might be heading down the road toward a collapse, such as the one previously alluded to by scientist-in-charge Luis Lara. Another report – albeit almost identical to the first – does mention in the headline that the police and military were told to evacuate, which is never a good sign. I’ll keep an eye open over the weekend for more developments.