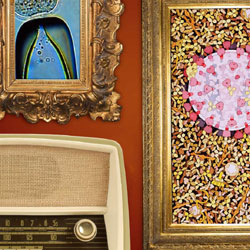 Appearing as the cover story for the October issue of The Scientist, I’ve teamed up with my colleague Dietram Scheufele to pen a 4,000 word feature that expands on the Framing Science thesis previously introduced in short articles at Science and the Washington Post.

There’s a great deal of context and research outlined in this article, so I hope everyone gets a chance to read the full text. (Currently, it’s subscription protected.)

Allowed the luxury of space, we provide a fuller discussion of the origins and nature of research on framing. We then describe a common set of frames that previous work has identified as playing out over and over again across science-related issues. We also detail how past research helps explain the communication dynamics of the stem cell debate as well as the public trajectories of plant biotechnology and nanotechnology.

Importantly, in the article we address several concerns that people have raised about framing. We specifically counter critics who say framing is just spin; who argue that science cafes and other deliberative forums are the best mechanism for engaging the public; and who insist that “scientists should stick to the facts,” letting institutional press officers handle the public translation of their research.

I’ve excerpted part of the conclusion to the article:

So what are the lessons for science communication 2.0? Should we throw out all existing tools of outreach and public education? No, not at all! Yet study after study shows that various communication efforts are not working as well as they could, despite clear mandates by most federal funding agencies to include outreach and education components in grant proposals. These failures, unfortunately, are partly due to scientists and their organizations continuing to confuse strategic, goal-directed communication with marketing and public relations….

….On major issues such as climate change, nanotechnology, and the teaching of evolution, science organizations should work with communication researchers to conduct focus groups, surveys, and experiments that explore how diverse audiences come to understand these topics. Based on this research, messages can be tailored to fit with specific types of media outlets and to resonate with the background of their particular audience. In collaboration with national organizations and their institution’s communication professionals, individual scientists can incorporate these messages into their media interviews, their talks to various audiences, and their popular writing.

Tailoring communication efforts to fit with publics from different social and educational backgrounds is not an option, it is a necessity. Using communication tools such as framing to help citizens make connections between their everyday lives, their specific values, and the world of science is by no means a magical key to unlocking public appreciation for science, but it is a first step.

In his editor’s note to the issue, Richard Gallagher echoes our important distinction between framing and spin. In this direction, he even quotes Luna the Cat and Maria Taylor, past commenters at ScienceBlogs.

On the difference between effective framing and spin, Gallagher writes:

Scientists must be constantly aware of this distinction and act accordingly. Action is necessary because, as one of the more pragmatic and apposite comments from “Maria Taylor” puts it, “If you don’t frame it, others will.” That’s absolutely true, and surely all researchers would rather provide the framing for their own work than have Fox News do it for them.

Gallagher also recognizes the importance of the discussion that has taken place over the past several months, and invites readers to continue sharing ideas at The Scientist web site:

We’d like to keep the discussion going now that we’ve published this important piece. If you have thoughts on the subject or experiences good or bad to relate, add your point of view to the discussion thread on the Nisbet and Scheufele article online.