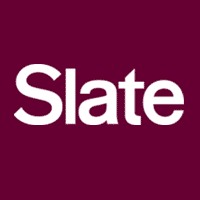 I have an article at Slate magazine today that ties together and elaborates on some of the themes explored at this blog over the past several weeks. Below is the lede to the full article. No doubt, the article will generate a good amount of discussion which I will highlight in follow up posts. I will also highlight specific comments made over at Slate.

Chill Out: Climate scientists are getting a little too angry for their own good.

As Congress continues to struggle its way toward new energy legislation, climate scientists are getting a little hot. A series of major attacks from the global-warming skeptics–including last year’s Climategate affair and unfair accusations stemming from the subsequent discovery of errors in the latest IPCC report–have left those in the research community understandably angry. Having spent eight years calling attention to the politicization of climate science by the Bush administration, they now find themselves on the other end of the same allegations. Whatever raw emotions this reversal might produce were on display a couple of weeks ago in yet another series of leaked e-mails: This time, members of the prestigious National Academies complained to one another about the “neo-McCarthyism” of the climate skeptics and lamented that “science is getting creamed with no effective response.” One researcher called for “a relentless rain of science and scientific dialog on the incredible, destructive demagoguery.” Another participant urged an “aggressively partisan approach.”

The latest batch of e-mails reflects a bunker mentality among climate scientists, forged during the Bush administration and reinforced by the recent attacks on their credibility. Despite the promise of an Obama presidency, many now see themselves losing a “war” against “anti-science” forces allied with energy companies and the Republican Party. Meanwhile, scientists have been urged by liberal strategists and commentators to “fight back”–by forming their own political action committees and openly supporting “pro-science” candidates, among other things.

But urgent calls to escalate the war against climate skeptics may lead scientists and their organizations into a dangerous trap, fueling further political disagreement while risking public trust in science. A major transformation is needed in how scientists and their organizations engage the public and policymakers. The new direction is not to become more political and confrontational on the national stage, but to seek opportunities for greater public interaction, dialogue, and partnerships in communities across the country.

Related
Health
Could getting rid of old cells turn back the clock on aging?
More work is needed before declaring the technique a fountain of youth.
Thinking
Trimurti: Meet the “Holy Trinity” of Hinduism
Hinduism emphasizes the journey, whichever path that takes. And it holds us responsible for our own self-improvement.
The Past
Riddle solved: Why was Roman concrete so durable?
An unexpected ancient manufacturing strategy may hold the key to designing concrete that lasts for millennia.
13.8
Quantum superposition begs us to ask, “What is real?”
Quantum superposition challenges our notions of what is real.
Measuring Impact
15 research-backed benefits of employee training
The benefits of employee training are felt far and wide, from improvements in workers’ wellbeing to better customer interactions.
Up Next
Guest Thinkers
Slate: More Science Won’t Solve Climate Change Gridlock
Daniel Sarewitz, professor of science policy at Arizona State University, has an important op-ed at Slate today explaining why if we continue to frame the climate change debate in terms […]