America is experiencing some of its most widespread civil unrest in years following the death of George Floyd.

Floyd was killed in police custody in Minneapolis on 25 May, and his death has underscored the many ways race and ethnic background drives unequal experiences among many Americans.

These charts help illustrate key gaps impacting everything from opportunity to health.

In the 70 years since the US Supreme Court ruled racial segregation of public schools unconstitutional, progress in improving racial educational divides has been slow and uneven. Gaps have narrowed by 30-40% when compared to the 1970s, but divides remain large. 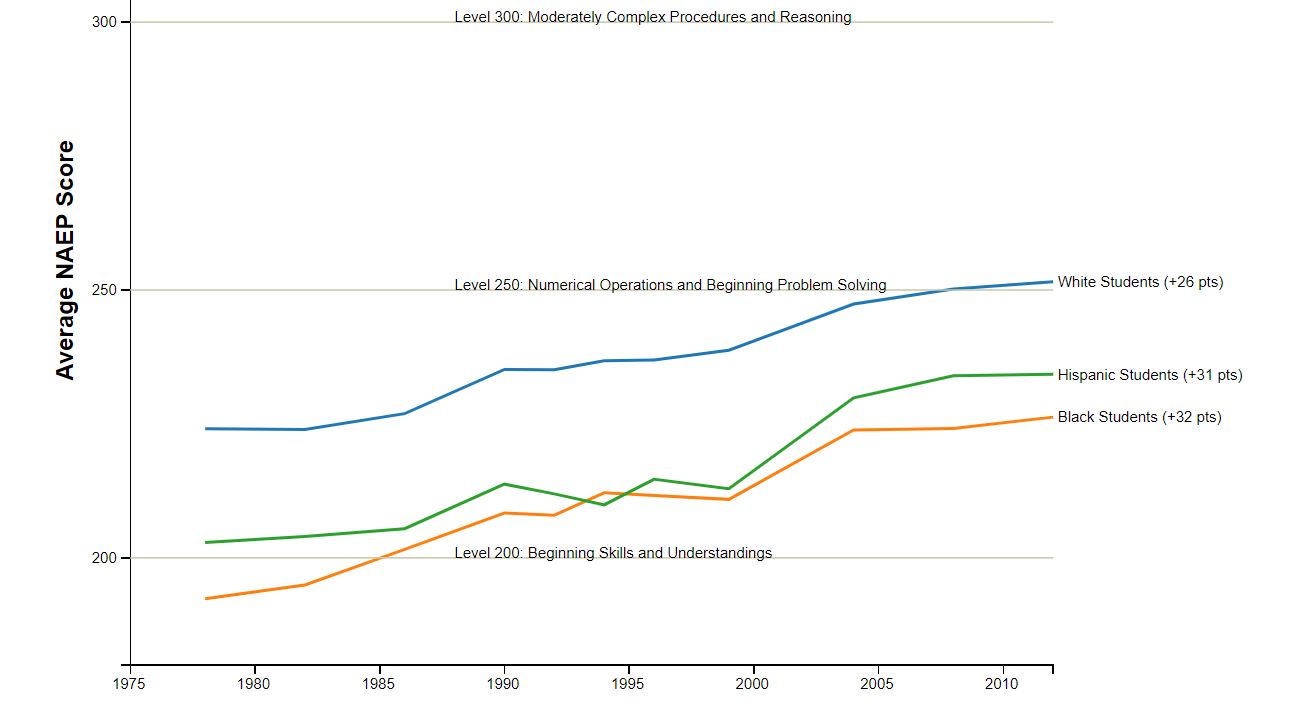 For people of colour in America, education does not provide the same economic return as it might for other groups. People of colour, particularly women of colour, typically have lower salaries than white and male workers with similar levels of education. 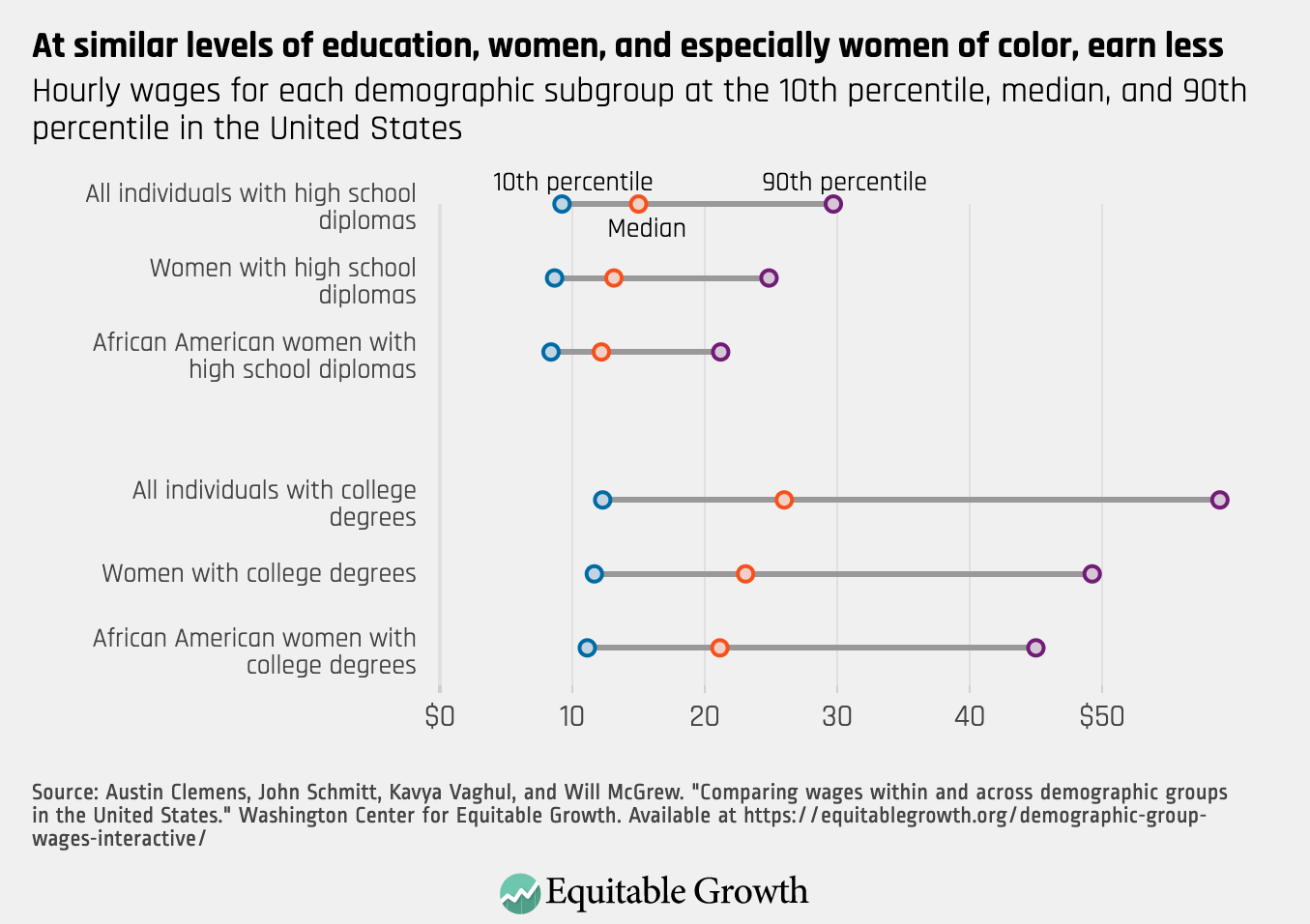 Income inequality is also stifling intergenerational mobility – the American Dream of children having a higher standard of living than their parents. Research from economist Raj Chetty in 2016 showed that at age 30 people born in 1940 had around a 90% chance of out-earning their parents. But for people born in 1980 this chance had fallen to half.

A lack of access to higher education or skilled work can make people of colour more vulnerable to unemployment during downturns and periods of economic growth. As researchers explained in one report from The Russell Sage Foundation and The Stanford Center on Poverty and Inequality: “An African American cannot count on education as providing the same relief against the risk of unemployment that it provides to other groups.” Unemployment Rate by Race/Ethnicity, 1975–2011. (Image: U.S. Bureau of Labor Statistics, from The Russell Sage Foundation and The Stanford Center on Poverty and Inequality)

Life expectancy gaps between white Americans and people of colour have begun to narrow, but inequities still exist thanks to a range of socio-economic factors such as income inequality, access to health insurance and adequate health care.

The disproportionate impact that COVID-19 has had on black Americans demonstrates some of the vulnerabilities the population faces. 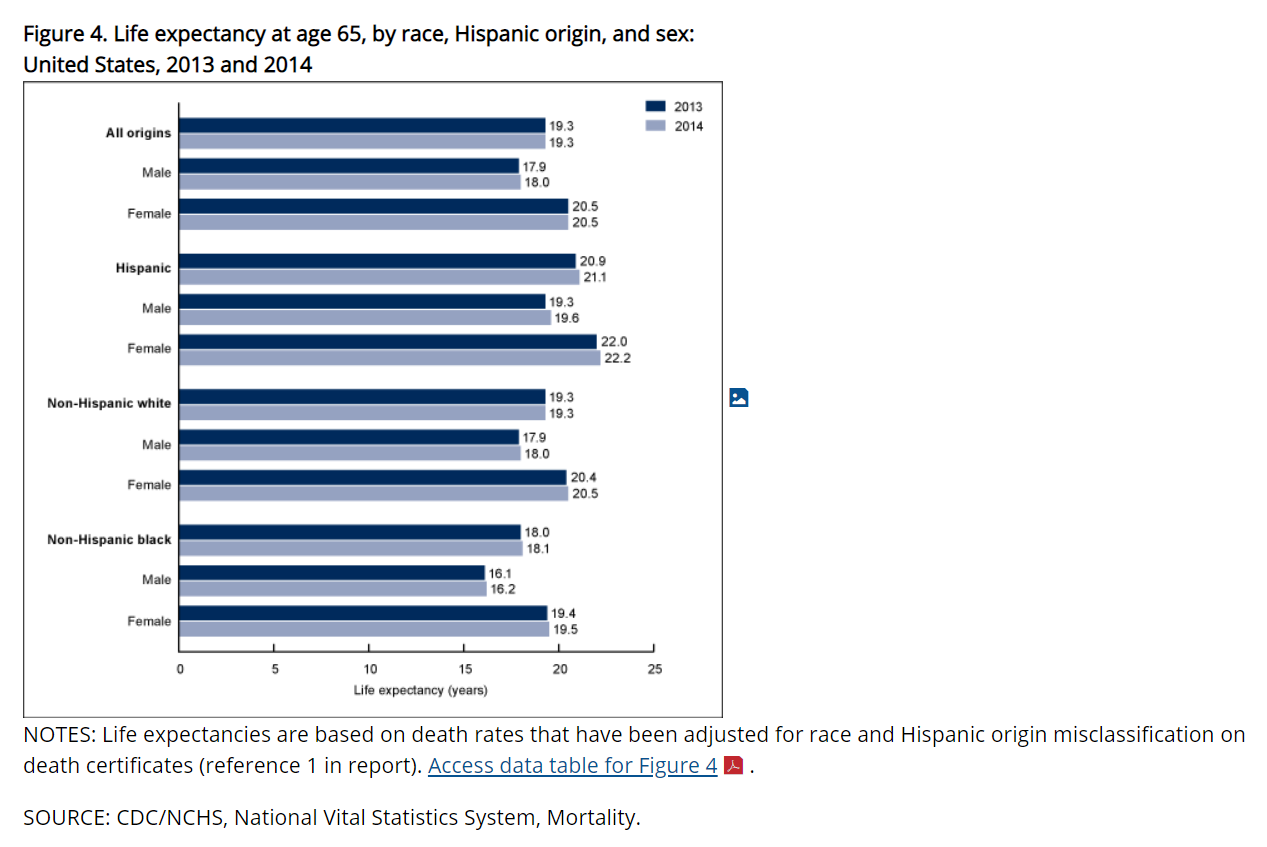 5. Black imprisonment in the US is falling but remains disproportionate

The imprisonment rate among black Americans has fallen by over a third since 2006, and stands at around 1,500 prisoners for every 100,000 adults. But black Americans remain far more likely to be in prison than Hispanic and white Americans. The figures are particularly stark among some age groups: in the 35-39 age bracket about 1 in 20 black men were in state or federal prison in 2018. 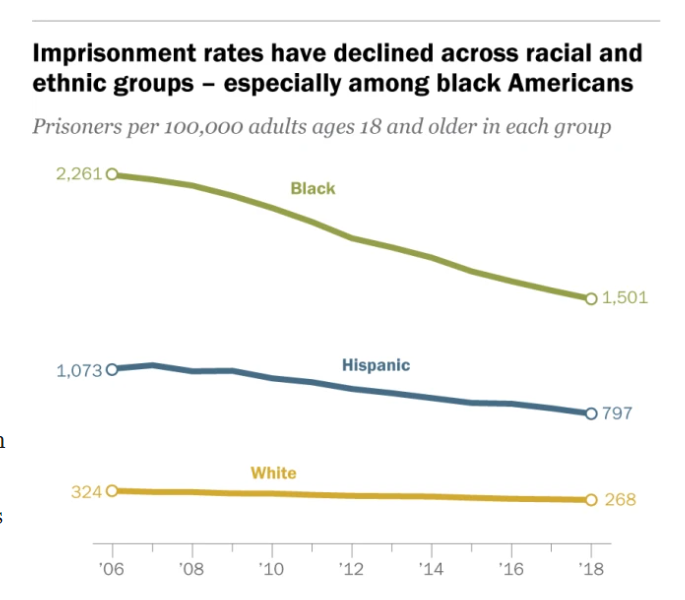 Black Americans made up a third of the sentenced prison population in 2018 – nearly triple their representation in the US adult population as a whole. They also make up a disproportionate number of fatal police shootings.

Reprinted with permission of the World Economic Forum. Read the original article.

Tags
Inequalityprotestsracesocial changesocietyunited states
In this article
Inequalityprotestsracesocial changesocietyunited states
Related
The mind-blowing stats on male inequality
Male inequality — the enormous cultural shift happening right under our nose.
▸
15 min
—
with
Richard Reeves
The Past
How “gate” became the syllable of scandal
In terms of sheer productivity, “-gate” has no peer. Wikipedia’s list of -gates has over 260 entries.
Strange Maps
Electricity generation by U.S. state
U.S. states vary radically in terms of electricity generation. Vermont is the cleanest, while Delaware is the dirtiest.
Videos
Is reality real? These neuroscientists don’t think so.
Reality is more distorted than we think.
▸
with
Big Think
The Present
Twenty years after 9/11, hindsight is 20/20
Hindsight is 20/20, particularly when you have had 20 years to think about what happened.
Up Next
Starts With A Bang
These Are The 7 Unusual Fates In Store For The Universe’s Unlucky Stars
Think they all burn through their fuel, die, and leave white dwarfs, neutron stars, or black holes behind? Think again.The day will come when our Sun, like most stars, can no […]