Everything is “jaw-dropping” on the internet these days, but the image below actually qualifies. It’s a rendering of what one dolphin, Amaya, “saw” via echolocation when a human appeared in front of her underwater at the Dolphin Discovery Center in Puerto Aventuras, Mexico. 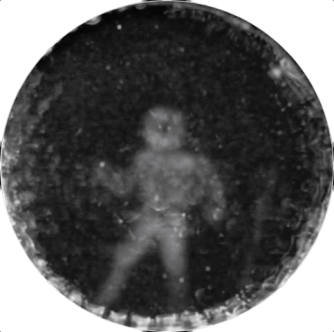 As you probably know, dolphins echolocate, using sound in a manner similar to how humans use radar, projecting it at objects and discerning the object’s characteristics by how the sounds bounce back.

Acoustic physics researcher John Stuart Reid, who generated the image—more on that below—told RawStory, ““When a dolphin scans an object with its high frequency sound beam, each short click captures a still image, similar to a camera taking photographs. Each dolphin click is a pulse of pure sound that becomes modulated by the shape of the object.”

At the Dolphin Discovery Center in Puerto Aventuras, Mexico, scientist Jim McDonough of SpeakDolphin.com entered a dolphin tank with a cetacean named Amaya. McDonough had exhaled as much of his air as he could so that he wouldn’t block Amaya’s view of him with bubbles, and so he wouldn’t float up.

Amaya echolocated McDonough as technicians recorded her with a high-resolution hydrophone. 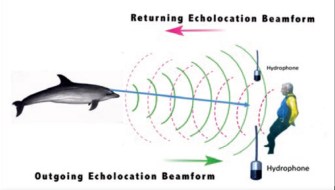 The audio recordings were sent to the CymaScope lab in the U.K. Cymatics is a process introduced by Hans Jenny in his 1965 book Cymatics: The Study of Wave Phenomena, in which he talked about the geometric patterns created in fluids, powders, and liquid pastes when they were subjected to sound waves. It’s a fascinating field demonstrated in a TED Talk by technologist Evan Grant. The Cymascope is a device that imprints sound waves onto water. 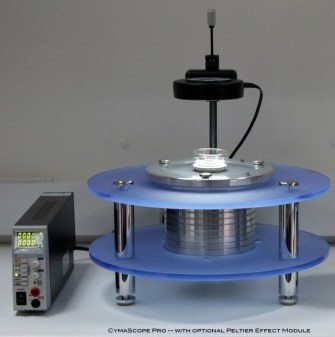 After Reid used a Cymascope to render the recordings of Amaya’s echolocation sounds, some computer enhancement was applied, and the result was stunning. 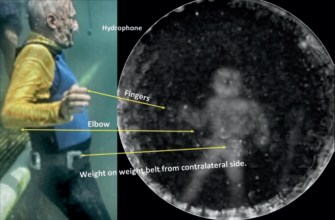 The 3D image Reid was able to generate from the 2D data was even more amazing. 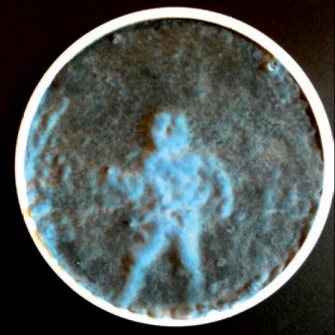 “Our recent success has left us all speechless,” SpeakDolphin’s research team leader Jack Kassewitz told RawStory. “For the first time ever, we may be holding in our hands a glimpse into what cetaceans see with sound.”

What has the researchers excited now is figuring out how dolphins communicate with each other—do they share these images as part of a picture-based language? It does seem that they vocalize with each other, so why not?

Related
Health
Could getting rid of old cells turn back the clock on aging?
More work is needed before declaring the technique a fountain of youth.
Thinking
Trimurti: Meet the “Holy Trinity” of Hinduism
Hinduism emphasizes the journey, whichever path that takes. And it holds us responsible for our own self-improvement.
The Past
Riddle solved: Why was Roman concrete so durable?
An unexpected ancient manufacturing strategy may hold the key to designing concrete that lasts for millennia.
13.8
Quantum superposition begs us to ask, “What is real?”
Quantum superposition challenges our notions of what is real.
Measuring Impact
15 research-backed benefits of employee training
The benefits of employee training are felt far and wide, from improvements in workers’ wellbeing to better customer interactions.
Up Next
Culture & Religion
Race Relations Need Big and Small Solutions
An innovative idea from a Knight Foundation challenge might have kernels of wisdom for race relations policy.