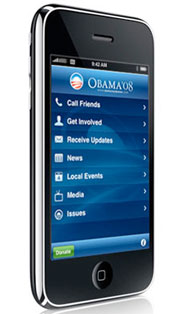 Opinion-leaders are a commonly overlooked resource by science organizations and advocates. Public communication initiatives too often ignore the special individuals across communities and social groups that can serve as vital go-betweens and information brokers, passing on messages about an issue such as climate change that can speak directly to their otherwise inattentive peers, co-workers, and friends.

In a forthcoming article at the journal Science Communication, we synthesize past research from politics, marketing, and public health, presenting a toolbox of concepts, measures, and strategies for how opinion-leaders can be incorporated into science campaigns. My co-author on the paper is John Kotcher, a former graduate student here at AU now working as a communication officer at the National Academies.

The article appears in a special issue of the journal focused on climate change, guest edited by Edward Maibach, a professor at George Mason University, and director of the Center for Climate Change Communication. The issue is scheduled for early 2009. Please contact me if you would like a draft version of the paper.

Readers are probably familiar with Al Gore’s use of opinion-leaders in both his Climate Project and more recent We campaign. In the paper we review these campaigns, cautioning that opinion-leader initiatives need to be careful to balance the use of social networking tools and digital organizing with a traditional focus on face-to-face interactions and real world connections. As we discuss in the paper, hand-held device strategies such as the Obama campaign’s iPhone application are perhaps uniquely suited to bridging digital and face-to-face interactions. These technological innovations should be adapted to science communication efforts.

From the conclusion to our paper:

With Gore’s initiative as a model, future climate communication campaigns are likely to make online organizing a central feature of their efforts. Indeed, digital opinion-leader campaigns may be especially appealing because of the relative ease in which organizers can develop metrics to measure success. Yet ease in tracking data does not equate to effectiveness, and we urge caution in over-relying on digital networks, especially in place of face-to-face influence. Surveys show that Americans prefer their recommendations via verbal interaction and there still does not exist strong research on whether or not the self-selection biases of the Web can be overcome within these digital networks. Moreover, to date, by all accounts the success of the digital organizing efforts of the We campaign have been relatively modest. With strong selectivity bias online, digital interaction might simply result in ideological reinforcement and intensification of beliefs about climate change which may eventually limit the willingness of recruited opinion leaders to compromise on pragmatic policy solutions, (a typical social movement problem perhaps amplified by the Web.) Moreover, if the “weak ties” of digital interactions lack the strength of traditional opinion leader influence, then time and effort spent online by digital opinion-leaders may be far less effective than traditional face-to-face influence. The danger of relying too heavily on digital organizing is that it might create a false sense of efficacy among participants, with activists believing they are making a difference on climate change, when impact may be limited at best.

Given these many dimensions of online influence, the goal for both researchers and practitioners is to figure out under what conditions or with which demographic segments digital opinion-leaders can be effectively used on climate change, and in which ways can online interactions build on real-world ties. Combining digital organizing with face-to-face interaction by using hand held devices such as the iPhone, as was done in the Obama campaign, is a strategy that future climate change efforts should explore.