The news frenzy over Andrew Speaker, the honeymooning lawyer with a rare strain of anti-biotic resistant TB, did little to shape public views on the disease as a global health problem. Though top news outlets such as the NYTimes and NPR used the focusing event as a news peg to provide more thematic and contextual coverage of the TB epidemic, the news organizations where most Americans get their news– including local TV news, cable, and soft/celebrity news outlets–portrayed the event mostly in human interest terms.

Not surprisingly, in a poll released this week, Gallup finds the following:

In a recent Gallup Poll, many more respondents say HIV/AIDS (82%) and cancer (79%) are very serious global health problems. Nearly as many rate poor nutrition this seriously (75%). At the bottom of the list, tuberculosis ties with malaria for fourth out of the five diseases rated, with only 24% of Americans rating either one as “very serious.” Interestingly, about 2 in 10 (23%) rate tuberculosis as “not serious,” and more people consider it “somewhat serious” than they do “very serious.”…The heightened visibility of tuberculosis in the U.S. of late has not triggered public alarm about the prevalence of TB worldwide. In fact, fewer Americans this year than last December (24% vs. 31%) think tuberculosis is a “very serious” problem worldwide. 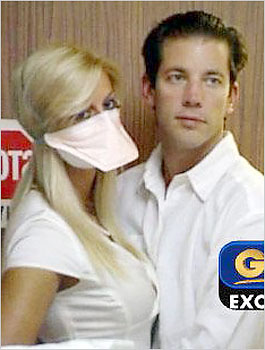 Related
Health
Could getting rid of old cells turn back the clock on aging?
More work is needed before declaring the technique a fountain of youth.
Thinking
Trimurti: Meet the “Holy Trinity” of Hinduism
Hinduism emphasizes the journey, whichever path that takes. And it holds us responsible for our own self-improvement.
The Past
Riddle solved: Why was Roman concrete so durable?
An unexpected ancient manufacturing strategy may hold the key to designing concrete that lasts for millennia.
13.8
Quantum superposition begs us to ask, “What is real?”
Quantum superposition challenges our notions of what is real.
Measuring Impact
15 research-backed benefits of employee training
The benefits of employee training are felt far and wide, from improvements in workers’ wellbeing to better customer interactions.
Up Next
Guest Thinkers
The New Atheism and a Purpose Driven Life
The Barna Group maintains some of the best data tracking the consumer and opinion market for religious Americans, especially among Evangelicals. Though not an independent survey organization like Pew, over […]