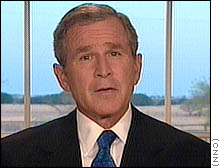 Gallup has released poll findings indicating that 58% of the public disagrees with the Bush veto decision. This finding is not surprising, since it closely parallels the level of public support measured in independent polls for ESC research using left over embryos.

It is interesting to compare these findings from 2006 to the public reaction to Bush’s 2001 compromise announcement. As I summarize in this article, the surveys taken in the days and weeks after Bush’s August 9, 2001 speech were fairly consistent in showing between 50% and 60% public approval. This level of support remained nearly two weeks after the speech, even as many scientists, research advocates, and news organizations criticized the suitability of the existing stem cell lines.