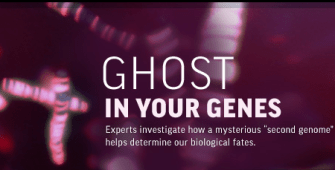 Along with scientific journals, Americans rate public broadcasting as one of the most credible sources for information about biotechnology.

Yesterday I noted data that reveals the PBS NOVA audience to be unique in its nature. Indeed, if a company or organization wants to reach a core audience of science enthusiasts and influentials, this might be the best outlet to be featured at or to sponsor.

What makes PBS an ideal outlet is not just the nature of its audience, but also the public’s trust in public broadcasting as an information source about science.

Consider the findings from a 2005 survey highlighted in the recent 2008 NSF Science Indicators report (click on Figure 7-16). According to the survey:

When Americans were asked in 2005 about their views on the credibility of information sources about biotechnology, a clear hierarchy of trust emerged starting at the top with scientific journals (almost 60% of respondents said they trusted journals as credible information ), followed by university scientists who are funded by government (50%), public television (50%), government scientists (40%), the WHO (40%), university scientists funded by industry (35%), biotechnology company scientists (30%), religious leaders (20%), TV networks (18%), biotechnology executives (15%), print media (15%), and political leaders (10%)