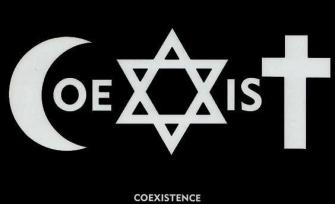 Many readers were shocked and disappointed last week with the forced resignation of Rev. Richard Cizik from his position heading up the Washington office of the National Association of Evangelicals. As I wrote just a day before his resignation, Cizik’s work on climate change and his unique standing among Evangelicals may make him America’s most important climate communicator.

With news of his resignation, the NY Times Nicholas Kristof lamented the loss of a major political “bridge maker” and noted Cizik’s instrumental role in raising public concern over AIDS, Darfur, poverty and religious repression. Kristof hopes that Cizik might start work with Rick Warren, continuing his role as a bridge builder.

Rich Cizik has been a pioneer in the “new evangelical” movement and a real hero, especially to the next generation of young believers. Rich has helped lead the way to putting “creation care” and climate change on the mainstream agenda of the evangelical movement. His pilgrimage to a deep passion for the planet that God made for us has been, in his own language, a “conversion” and an “epiphany.” Because of that, he has become a powerful spokesperson for many in the Christian world who are having that same conversion.

The agenda of the evangelical world is deeper and wider because of Rich Cizik. In addition to the environment and climate change, Cizik has also led on the fundamental moral and biblical issues of global poverty and commitments like the Millennium Development Goals (MDGs), human trafficking, religious liberty, genocide in Darfur, and foreign policy issues like torture and even nuclear weapons.

My hopes for Cizik are more ambitious than Kristof’s: Why not an official position for Cizik in the Obama administration, working on issues at the intersection of faith and policy, institutionalizing Cizik as an Ambassador to the Evangelical community on climate change, poverty, genocide, civil unions and other issues?

If there isn’t a role for Cizik in the administration, than I hope that the major environmental and science organizations are already talking to Cizik, inviting him to come on board as a leader of initiatives on faith and the environment.

Other organizations such as the Center for Inquiry should seriously consider working with Cizik as a partner or policy fellow, connecting through Cizik with Evangelical organizations on shared common values and issues. A model for the Center to follow would be the work and leadership of scientist and secular humanist EO Wilson.

Cizik was allegedly forced to resign based on his statements in an interview with NPR’s Terry Gross that he supported civil unions. But there’s an overlooked part of that interview that was probably even more troubling and alarming for Evangelical hardliners: Cizik’s views resonate more strongly with younger generations of their faithful than their decades old narrow focus on abortion and a few other Culture War issues. Consider these interview comments from Cizik:

GROSS: So, how big a split do you see now within the evangelical movement over what direction the movement should head in, and what issues should be emphasized?

Rev. CIZIK: It’s hard to know, Terry, because even the younger evangelicals, those that went for Obama, they clearly are pro-life. They’re conservatives, but they also – well, 32 percent of evangelicals voted for Obama, younger evangelicals, that is. That’s twice the number that voted for John Kerry four years ago. And this is a big increase in states like Colorado, Indiana and North Carolina. So, the younger evangelicals are probably the future with that broader palette. And they will determine the future of this huge movement that, well, by some surveys’ estimates, if you include children and the rest, a hundred million people, one-third of all Americans.

GROSS: So, in that younger group that you’re describing, is gay marriage not a priority issue?

Rev. CIZIK: It’s not as high, no. In fact, if you look at some figures, these younger evangelicals, they disagree quite strongly with their elders on that subject.

Rev. CIZIK: Absolutely. The influence of their generational peers is clear. Four in ten young evangelicals say they have a close friend or family member who is gay or lesbian. And so, much different than their elders, younger evangeli-cals they, well, 52 percent favor either same-sex marriage or civil unions. But it’s not just on this issue, Terry. For ex-ample, fully two-thirds of younger evangelicals say they would still vote for a candidate even if the candidate disagreed with them on the issue of abortion. And that’s in spite of the fact that younger evangelicals, they are decidedly pro-life. But they also rank other issues, economic issues, the environment, these other issues are very important to them. In fact, healthcare is just as important to the younger evangelicals as is abortion. And so they have a more pluralistic outlook than older white evangelicals, and they have a decidedly different posture with respect to the role of government here and abroad.