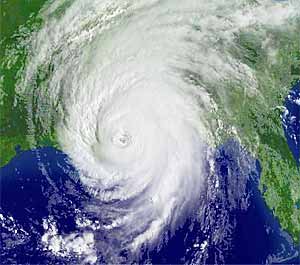 Ten climate scientists who disagree about the linkages between global warming and more intense hurricanes have released a joint statement warning that regardless of the resolution of the scientific debate, hurricanes remain a serious threat, and that policymakers need to rethink coastal development. On Tuesday, Andrew Revkin of the NY Times contributed this story on the announcement.

The joint statement is a leading example of how scientists can work with journalists to “negotiate” news about the policy relevance of science. It’s a shift in thinking about public communication that is sorely needed.

I base my conclusion on the academic research I have been doing tracking quantitative trends in news coverage of science controversies. In this research, I follow how the image and level of attention to an issue shifts across news beats. This shift across news beats is often triggered by a shift in the type of policy arena where debate takes place, from regulatory and administrative arenas to overtly-political contexts like the WH and Congress.

As an average tendency across coverage, science writers focus on the release of a new scientific study or pause at times to write a more thematic technical backgrounder for readers. Sometimes science writers have the time and space to write about the policy angles, but for the most part, science journalism is dominated by these two types of stories.

The scientific community makes it easy for science writers, since a whole industry is built around trying to get news attention to a particular institution’s or journal’s latest study. And at the same time, scientists either lack the training, time, and motivation to project their findings towards policy problems.

But the tendency to define “what’s news in science” as what is the latest study in the issue of Science or Nature leads to problems. What is often lost is forward looking coverage that starts to shine a light on what can be done about an emerging problem like hurricanes.

Political reporters are often thought of as the news beat where policy is supposed to be covered, but as an average trend this seldom happens. Instead, political reporters only start focusing on a policy problem usually when it comes on to the agenda of Congress or the White House. Instead of a thematic policy focus, political reporters too often focus on the “political game,” who’s ahead and who’s behind in winning the policy battle, and which personalities are involved. If policy is backgrounded, it usually is bifurcated into a Dems vs. Republican policy discussion.

On the opinion pages, sometimes a broader range of policy options are raised, especially when an expert writes in with an op-ed, but with the rare exception of only a handful of the top columnists, policy discussion is usually once again boiled down to a Dems vs. GOP focus.

Scientists and their organizations need to rethink how they define what is newsworthy for journalists. The recent statement on hurricanes and coastal development is one such strategy. It’s appearance in the agenda-setting pages of the NY Times is a good start. However, a quick Lexis search shows that the rest of the media has yet to cover the announcement.

Comments on these ideas are definitely welcome.