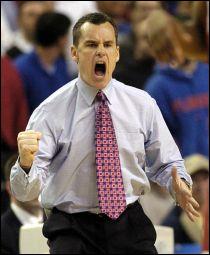 Florida and Ohio State face off tonight in the Men’s NCAA basketball championship, a re-match of January’s national title game in football. Both schools feature the best athletics programs that money can buy, as they each spend an astounding $100 million dollars annually on their sports programs. Yet, as I wrote back in January, though these schools might be “turning pro” in athletics, they are quickly being left behind by the elite universities in terms of investment in science and research. Ohio State will invest more than $1 billion over the next ten years in athletics. In comparison, the University of California and SUNY systems, along with private institutions like Harvard and Cornell will invest billions in life sciences research, work that will create more than 10,000 new jobs in these states.

Could the fanaticism over sports at Ohio State and Florida actually be hurting the economy in those states?

Universities are supposed to be principally about educational pursuits, but sometimes its hard to know it when you consider the athletic apparatus at a place like OSU or Florida. Imagine if the money channeled into athletics could be put into student scholarships, endowed research chairs, faculty salaries, libraries, and research facilities?

In coming decades, the public face of elite universities like Berkeley (and OSU’s rivals Michigan and Wisconsin), will be their scientists and world class students. In contrast, Ohio State and Florida will be branded by coaches like Jim Tressel and Billy Donovan.